Sports related concussions, at least the ones that get reported are on the rise.  Concussions are a type of traumatic brain injury not usually seen with MRI or CT scans but are still detectable when certain functions, such as vision are measured.  It is very important to realise that a person does not need to be knocked out – or even hit on the head – to have a concussion. Science tells us that repeated concussions (even mild ones) can cause long-term damage.  Our goal is to effect change not only through education but also by screening as many of our patients as we can.  Our office now uses a non-invasive testing system that can help identify concussions when a diagnosis is unclear. It does this by establishing a baseline assessment and looking for changes post injury.

With the prevalence of concussions on the rise, having a method to help identify even mild concussions is exciting to me both as a parent and as a clinician. The first and the most important step, however, is identifying the problem. Because when managed properly, there is usually no cause for concern regarding any long-term damage.

A recent poll indicated that 1 in 5 Canadians have been concussed while playing sports.  If managed properly 80 to 90% are symptom free in four to six weeks, but for some the symptoms persist for months.  This is called  post-concussion syndrome.  Control of eye movements, focusing and many other aspects of visual system are particularly vulnerable to concussion and, as such, commonly affected. Treatment options can range from a change in glasses prescription and special tints to vision therapy, which in many cases can greatly speed up visual recovery. Our office now uses the King-Devick Recovery Acceleration Program, which is a program specifically designed to speed up visual resolution to those suffering lingering symptoms post-concussion.

If a concussion does happen it is very important to realise that returning to certain activities before fully recovered increases the risk of obtaining another brain injury which can be more significant. It is also important to know that the brain is sometimes still vulnerable to repeat injury even after symptoms have resolved. Therefore it is important to follow the official “Return to Play Guidelines” when attempting to return back to sport or activities in general (http://www.coach.ca/files/returntoplayguidelines.pdf). If you have any questions in regards to the screening protocol or treatment options, feel free to contact the office at any time.

Schedule An Appointment
Read Our Reviews 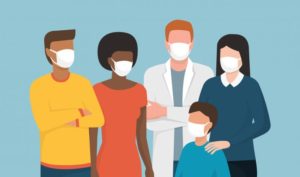 Please take note that our clinic is open but we are by appointment for all visit types. Our clinic door will be locked for the near future. We are open 9:30-12:30 & 1:00-5. Closed every second Saturday & every second Monday.

If you are needing to pick up products such as glasses, contacts, dry eye products, anti-fog solution, if you are needing a frame adjustment or would like to purchase new glasses, please call us to book an appointment.

You can book your eye exams & non emergency medical appointments from our home page. If you are needing dilation drops, contact lens check, a follow up appointment or any other appointment that is not listed online, please call us at 780-460-9673. These appointments cannot be booked online.

You can also send us a contact lens order request from our homepage. Your contact lenses will be shipped directly to you. Please note that we cannot deliver contacts to PO Box addresses. If you are due for your annual eye exam, we will contact you back to book your eye exam before we order contacts.

We appreciate your time & understanding. 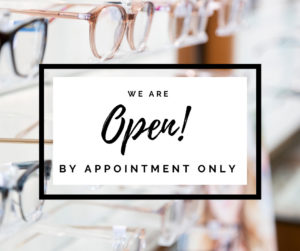