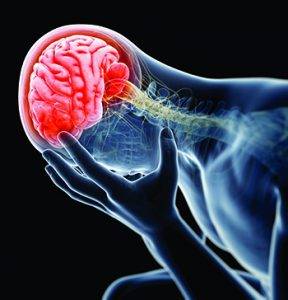 Sports related concussions, at least the ones that get reported, are on the rise. With three active kids of my own in multiple
different sports, it is a topic that hits close to home. It is very important to realize that a person does not need to be
knocked out – or even hit on the head – to have a concussion. Concussions are a type of traumatic brain injury not usually
seen with MRI or CT scans but are still detectable when certain functions, such as vision, are measured. Science tells us that
repeated concussions (even mild ones) in succession can cause long-term damage, so our goal at the office is to effect change
not only through education but also by screening as many of our young patients as we can. Our office now has a noninvasive
testing system that can help identify concussions when the diagnosis is unclear. It does this by establishing a baseline
assessment and looking for changes post injury.

Sports are still overwhelmingly good for our kids and have benefits such as better self-esteem and improved physical health. But
with the prevalence of concussions on the rise, having a method to help identify even mild concussions is exciting to me both as
a parent and as a clinician. The first and the most important step, however, is identifying the problem. Because when managed
properly, there is usually no cause for concern regarding any long term damage.

A recent online poll by Angus Reid indicated that 1 in 5 Canadians have been concussed while playing sports. There was also a
recent study presented at the American Orthopedic Society of Sports Medicine that cited a sixty percent increase in concussion
incidence between 2007 and 2014, with the greatest change in the 10-19 year old age group. With the passing of Rowan’s Law
concussion legislation in Ontario and with the Liberal Government’s March Federal Budget providing 1.4 million dollars for the
Public health agency of Canada to look at ways to harmonize concussion management guidelines across the country, we are moving
in the right direction. For the moment though outside of Ontario there is no clear legislation mandating a policy on concussion
recognition and management, many times leaving the decisions in the hands of the parents and the coaches. I have included links
to a few great resources which can help us to make educated decisions on when to seek medical care for our children.
(http://www.parachutecanada.org/concussion), (http://www.cdc.gov/headsup/basics/index.html)

It is comforting to know that even if a player is concussed, 80 to 90% are symptom-free in four to six weeks, but for some it persists
for months. This is called post-concussion syndrome. Control of eye movements, focusing and many other aspects of visual system
are particularly vulnerable to concussion and, as such, commonly affected. In fact, vision alone accounts for more than 50% of the
brains pathways. Some common visual complaints include blurred or double vision, eye fatigue, difficulty following objects, light
sensitivity and motion sensitivity. Treatment options can range from a change in glasses prescription and special tints to vision therapy,
which in many cases can greatly speed up visual recovery. Our office now uses the King-Devick Recovery Acceleration Program,
which is a program specifically designed to speed up visual resolution to those suffering lingering symptoms post-concussion.
If a concussion does happen it is very important to realize that returning to play before fully recovered increases the risk of
obtaining another brain injury which can be more significant. It is also important to know that the brain is sometimes still vulnerable
to a repeat injury even after symptoms have resolved. Therefore it is important to follow the official “Return to Play Guidelines” when
attempting to return back to sport (http://www.coach.ca/files/returntoplayguidelines.pdf). If you have any questions in regards
to the screening protocol or treatment options, feel free to contact the office at any time.

The culture of sport is changing in the right direction and will hopefully continue to change. In the mean time, let’s work together
to protect our kids while allowing them to play the sports that they love.

Schedule An Appointment
Read Our Reviews